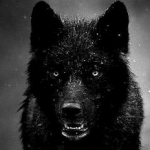 Wolf Therian, Male currently residing in Canada. Began awakening around the age of 10 (1995), and located portions of the therian community in 1999 at the age of 14. Have been a member of most resources that were available to the community between 1999 and 2005, have been much less active on forums 2006 onward due to the constraints of adult life and the unreliability of forums. I do keep my nose to the ground in spite of my being less vocal however, and am aware of the current happenings in the community.

31 as of this writing (December 2016), and hoping my next 17 years in the community will be as good if not better than the last 17 years. I've made a lot of friends along the way, and had many a great conversation, and I look forward to more of the same. Hope I can make a positive contribution to the wiki.

Retrieved from "https://therian.fandom.com/wiki/User:BaxWolf?oldid=6574"
Community content is available under CC-BY-SA unless otherwise noted.